My Friends Behind Barbed Wire 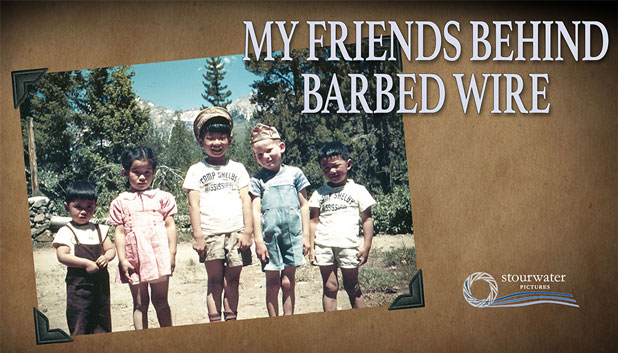 MY FRIENDS BEHIND BARBED WIRE: In the spring of 1942, Japanese Americans in Seattle were uprooted from their homes and incarcerated first at “Camp Harmony” at the Western Washington Fairgrounds in Puyallup and then in Minidoka, Idaho. As a young Caucasian child, and son of the pastor of the Seattle Japanese Baptist Church, Brooks Andrews had a unique perspective on this horrific event. The 9-minute documentary My Friends Behind Barbed Wire reflects on the role Brooks’ father played as he moved his family from Seattle to Minidoka.

“Even today, many people do not know that American citizens were imprisoned in concentration camps during WWII. Many do not know that over 120,000 people of Japanese descent were forcibly removed from the West Coast of the country from Alaska to Arizona. Their only crime was having the same face as those of the Empire of Japan which was at war with the United States.

“There were many non-Japanese who opposed the military action against the Japanese Americans and supported their friends and neighbors. One very courageous man was Emery Andrews who was the pastor of the Japanese Baptist Church in Seattle. His story is told by his son, Brooks Andrews, in the video, My Friends Behind Barbed Wire. Brooks, along with the rest of his family, followed their friends from Seattle to Puyallup and finally to Minidoka, Idaho. The Andrews family spent three years ministering and caring for their friends and neighbors. Brooks gives a first-hand account of what happened to a whole community of people and his personal perspective and reflection.

“I am personally indebted to the Andrews family.  Much like Rev. Andrews, the minister at the Japanese Methodist Church stored many items for my mother’s family.”