"Witness to Revolution is a superb story...it's an excellent summing-up of a long and influential career, focusing mostly on Strong's beginnings in Seattle and her reporting on the Seattle General Strike in 1919 and the Everett Massacre...Ostrander creates a sense of Seattle's radical past that makes it easy to understand why this state was once known as "the soviet of Washington."

"The amazing story of Anna Louise Strong, a former Seattle journalist and radical leader whose life parallels the rise of communism in this century, is chronicled in Witness to Revolution, an excellent short documentary." 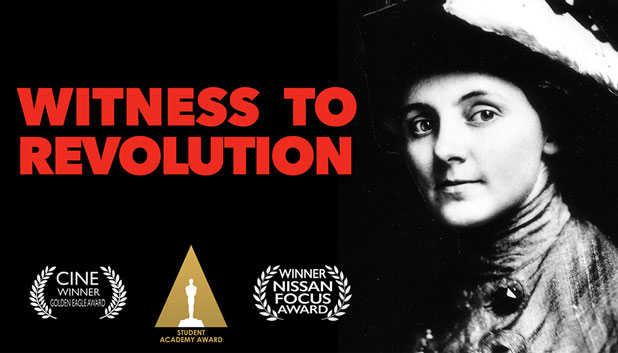 Witness to Revolution portrays author and labor activist Anna Louise Strong (1885-1970) who, as a partisan reporter, covered the major political revolutions of the 20th century – Russia, Spain and China. The daughter of a Nebraska minister, Anna Louise Strong earned a Ph.D. in philosophy at the University of Chicago. But it was in the Pacific Northwest, where she witnessed the 1916 Everett massacre and chronicled the 1919 Seattle General Strike, that her political vision took shape. In Moscow she helped found the first English language newspaper, in Spain her many visits resulted in her book, Spain in Arms; and in China she interviewed Mao in a Yan’an cave in 1946. She is buried in Beijing in a special cemetery for martyrs of the revolution.